Published on August 5, 2022 by Sharron Manson

The summer months find us exploring the world a little more, beautiful landscapes and new foods however unfortunately that 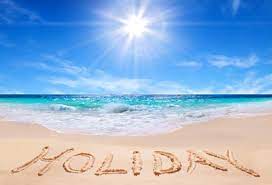 leads to a rise in stomach bugs – often labelled ‘travellers diarrhoea’ or medically as gastroenteritis. The two main causes of travellers diarrhoea are a viral bug, such as norovirus, and bacteria in food or drinks causing food poisoning. Perhaps you ate something past its best, dined somewhere with less than desirable hygiene standards or drank the tap water in a place where it is not of drinking standard. The symptoms could be diarrhoea, vomiting, stomach cramps, raised temperature, aches and pains, though the worst of it should only last for 24-48 hours, you could be left feeling worse for wear for much longer. No matter what caused the stomach upset, we have collated a list of the best ways to support your body, particularly your gut after a bout of traveller’s diarrhoea. 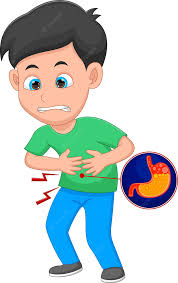 How can we avoid traveller’s diarrhoea

Being cautious with what we eat and drink can reduce the risk of stomach bugs on your holidays. Here are our top tips:

Supplements can be an effective way of helping the pathogenic bacteria pass through your digestive system and aid recovery. Below are the supplements recommended as either a preventative or reactive measure. 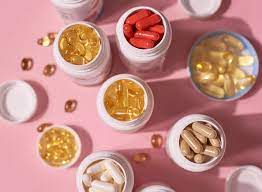 Saccharomyces boulardii – Although it is classed as a probiotic, S. Boulardii has a unique characteristic that means it isn’t a naturally occurring part of our beneficial gut bacteria, therefore it cannot colonise in the gut. Instead, this yeast has the ability to adhere to pathogenic bacteria, including Salmonella and E. coli, and encourage the removal from the body.

Multi-strain probiotics – rebalancing gut bacteria after a tummy bug is extremely important to avoid any long-lasting effects of the infection, some digestive issues associated with traveller’s diarrhoea have been found to last up to 8 years. As we can’t be sure which bacteria have been wiped out or reduced during illness, choosing a multi-strain probiotic including strains such as lactobacillus acidophilus and lactobacillus rhamnosus is the best option. These particular strains are capable of lining the gut wall to create a physical protection for the gut. L. paracasei is also beneficial to increase the body’s immune response against infections, both viral and bacterial.

Vitamin C, Zinc and Selenium – There are key nutrients in our diet which support our gut health by encouraging beneficial bacteria and restoring the integrity of our gut lining which can be damaged or inflamed after illness. These include vitamin C, zinc, selenium and glutathione. Some foods containing these can be beneficial, such as bone broth, others may be tough on the digestive system soon after infection, such as seeds and nuts. Therefore supplementation can be very useful, either as a multinutrient or as individual ingredients.

Oregano oil – This is a natural antimicrobial that can be extremely effective against pathogenic bacteria such as E-Coli, Giardia, and Salmonella, commonly associated with stomach bugs. Oregano oil comes as in liquid or gel capsule form and must contain the active ingredient carvacrol in order to be effective. Despite being natural, oregano oil is a strong herb and may not be safe or tolerated well in every individual therefore check the safety advice on these supplements.

What to eat following a stomach bug

Initially we don’t want to be eating anything, so give yourself plenty of fluids and reduce food intake for a couple of hours while your body settles or you are likely to trigger another bowel 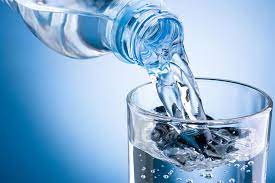 movement. During those initial 24-48 hours you will likely be losing a lot more fluid than usual, so it is important to keep taking small sips of water, even if you are struggling to keep anything in. Ensure you are rebalancing electrolytes and maintaining energy levels by consuming bottled water, coconut water, clear broths and avoid caffeinated or carbonated drinks. After a couple of hours, you should be able to incorporate some bland foods such as bananas, toast and chicken. Avoid anything that may irritate your digestive tract, such as fatty, spicy, sugary or rich foods and opt for regular small snacks of plain foods rather than large meals. Bone broths can be extremely useful in the first 48 hours after an infection as they are hydrating whilst also containing key nutrients to support the repair of the gut lining.

Prevention and self-treatment of traveller’s diarrhoea